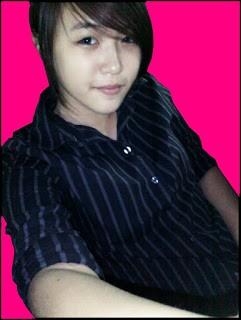 Blogging a different way this time.

Didn't have violin class, the teacher won't be around for 4 weeks. Awww(: Ate lunch, slack around then mum and dad came back from the hospital. We were all yelling H1N1 xD LOL. Turns out Mei Yan jie jie is delivering her baby today! Wheeee

Sincere apologies. Camera sucks. Don't know why. No laa, its all taken by phone. And the flash ah really gek sei people. If the flash is not turned on, it'll look so dark, and can hardy see anything. But when its turned on. I'LL LOOK LIKE I'M HALF DEAD. With my face super duper white and all

Went down to KL with parents & sisters. Head to Central Market at around 5ish. Because mum's friend is having some art exhibition there. Walked around there. She called her friend and found out, the exhibition thingy is next week

Stupid guy ruin the picture -.- I actually wanted to walk nearer to take the picture of the wall. But then that guy would think i'm crazy or something xD

Kept walking and suddenly see this very chio guitar thingy. Its actually not that nice. I think maybe my lousy photography made it look nicer. LOL! But its cute

Wern said she was hungry. So she bought this.
So fattening

On the way to the car. Saw this thingy.
And felt i had to take a picture of it

Reach mummy's office around 8pm. She went up as she has work to do

So daddy, the monkeys and I had dinner at LaRambla while waiting for her. The place was so dark. And the food took a while to come.

You can see these things hanging on each and every corner of the room. Its quite disturbing actually. The lights are non stop blinking

Dad and Eve. See her pose. Lately she has been doing that peace sign and not to mention she has been posing like a frigging lala. Nono, i'm serious. Wonder where she learn from And finally, my food has arrived

And wern's THING arrived too. Chicken Salad or something. It doesnt taste that good actually

At least thats what i think la xD

So, after eating. We were very full. OMG.
NOT!

Wern and I ordered Banana Split. Wheee.
After eating. We continue waiting for that crazy women

While waiting for mummy.
AND FINALLY!
That women came down. And it was already 11pm.
Went back home, shower & sleep.
Thank you daddy & mummy. I love you (:

Sunday, July 19 2009
Mummy dragged me outta bed at 5.30am. For Siemens Run. Which reminds me, I'll be having to run 7km for the next 3 more weekends. Met up with Jowie's around 6ish at Dataran Merdeka. The road we're running today is totally different than the one we usually run. Which i only found out when i'm running it. LOL!

We had to run to some jungle then back to Dataran Merdeka. But we had to continue from there and run all the way to Menara Eon Bank, which was around 3km to 4km or so. The stupid road was so long man

Then we had to U-turn and run back to Dataran Merdeka. Damn tired x)


Ei, don't have pictures eh. Only one x)
Will upload the rest when i get it from kao fu.

Joern and I. My face is so red. lol

I feel so weak. HAHAA. Jowie & Bro can be faster than me.
And i'm only running for 7km man. Their running for 10km. AHAHAAA!