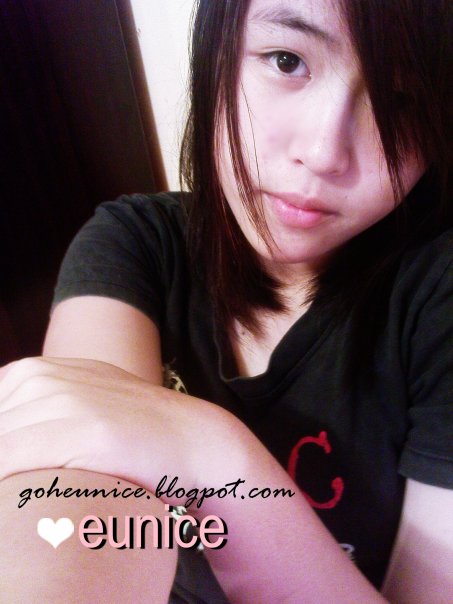 Helloo !
Finaly! After the very long week. I can rest. HAHAHAA. Enjoyed my sleep last night. Cause there was no alarm ringing and waking me up early in the morning. Can sleep as long as i want. But yesterday very pissed off. Lose so much chips at poker. From 100k+ drop to 40k. Sigh. Nvm.

Ermm, I'm looking for tuition class now. Cause i don't really like my old one. Maybe want to go tuition with my lui Ahteng. But she said don't have chemistry and physics classes. Sigh. Nvm ! :D I'll find the perfect one! HAHA.

So, i think it was thursday morning. When mama is driving us to school.
mama : Haihh. Can both of you find your own transport to school?
me : Why so sudden? You've been driving us to school since 2008.
mama : Ya la. But lately I've been working till very late and playing poker till 2am.(facebook poker) Not enough sleep will die want you know?
*Waaa now poker more important that us la.*
me : Ok. Public bus ah? The stupid bus also didn't reach our house.
mama : Maybe take van la.
me : How about car pool?
mama : Hmm. Also can. Ask woon eugene la.
me : Ok. Or maybe ask carrie or ahteng.


Starting from Monday, i'll be taking Eugene's car to school :P Wheee!
Suddenly have nothing to say. Don't know whether Jowie they all coming to my house or not.


And HAPPY BELATED BIRTHDAY Leong Yew Khang!
I can't believe i forgot to wished you yesterday ): Sad and i can't forgive myself.


Actually, i have a lot to write. Just really afraid i offend anyone here. Then that thing will start all over again. Sigh. After going back to school. I felt many of my friends have change. By that I mean one friend. We use to be so close. Now we hardly talk or even look at each other. Haihh. Sometimes i feel very sad that this happen. And sometimes just feel fucking pissed off! And i don't want to treat her as such a good friend. But when i look back... We use to tell many secrets to each other. Is it because we are so busy with our studies now? Mhmm. That hasn't stopped us from talking last year. The other day, i heard someone tell me she cried because of something. I pretended to not care. I really felt like going to her and console her. To make the tears stop leaking from her eyes. But I didn't do anything at all. I guess that was the wrong thing to do huh. Maybe she doesn't want to be friends anymore. I think i know why. Frankly speaking, i've done somethings to hurt her before. Some things even she doesn't know. So I think i deserve this. I'm too afraid to talk to her. I afraid she'd ignore me and walk away. Haihh. I shouldn't be thinking so much now. Maybe after this first stressful month everything will be back to normal. At least I hope it would.