I really can't seem to stay away from my blog. Just can't seem to stop admiring it. Haha! So vain, i know. I've been so so bored lately. I haven't been to school in 4 days. And I won't be going to school tomorrow either. So that's 5 days already. And did I mention I've gain weight this weekend? Fat like shit only. Look like an obese buffalo. Uhh. Bored = Excessive food intake. Kill me please D:

Grrr. I'm feeling super vain :X But come on la. I'm a girl. It's not an excuse, it's just the truth. 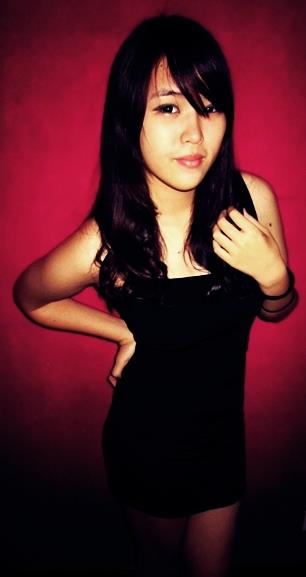 Okay, I have absolutely no idea why my hair look so horrendously black in the picture. GRRRR. Maybe because of the lighting. Look like those type of Pontianak with super black and unconditioned hair. Eww. But whatever la. I don't care.

Anyway, I did a 'for fun' photoshoot in my bedroom with my sister today.

Okay. Next! My birthday is just around the corner! Okay la. Maybe not so soon, around the second corner maybe? Haha. But the point is, it's near already la. So I've been thinking of what cake to get this year :P I was on google searching for cakes and then something caught my eyes. Something super chioooooo!

Super duper nice! Noticed that it's all Gucci? HAHA. I want Gucci cake! Ahh. But i know it's impossible. So I'm gonna stop dreaming. But it'd be so cool if i had this cake for my birthday. Everyone would be so jealous! haha.

Since Kaichen has to go to church today. I knew I'd be super bored in the morning and afternoon. So before the day even started, I've already planned out what I was going to do today. I even wrote it on the whiteboard so that i wouldn't forget. I wrote 'Eunice, study Chemistry @ 4pm. Don't slack!'. Hello! It's already 5pm now! And do you see me with any Chemistry book? NO! Apparently I've procrastinated again.

I feel like such a failure man T.T I really wanna study. But the stupid computer so tempting! Keep seducing me! Yes, I'm blaming you stupid computer! I gotta stop being so weak and start trying to resist this so called temptation! Just felt the need to blog. Now I'm done. BYE PEEPOS!