Friday, July 11, 2014
I spent my past 2 weeks contemplating on whether to write about this or not. And then it struck my mind. It doesn't matter what I write about, because you wouldn't read it. I spent most of my time thinking about you, the times I spend not thinking about you, I still secretly am. All that and the figurative image of me don't even cross your mind for a split second. I cried.

The furuncle that appeared on left foot after my Camp5 visit stayed around for little over 2 weeks. Having no idea what it was then, I treated it with tons of saline water and antiseptic cream thrice a day. Everything got from worse to worst after the second week. It hurt so much I could barely limp my way across the hall, but I had to get to my university. I drive a stick and not an auto, so getting to where I needed to go requires a lot of work from the left part of my body. Shifting gears and stepping on clutches have been my everyday life ever since I got my learners permit. So my only option was to consult a doctor. That night, Dr X prescribed me with some antibiotics, ones that are meant to be taken orally and ones that are to be applied on the affected area. I also got some painkillers to make driving the next day less troublesome.

As the night got darker, the rash started developing and it intensified. And the scratching can not be stopped, the antihistamines were not working. 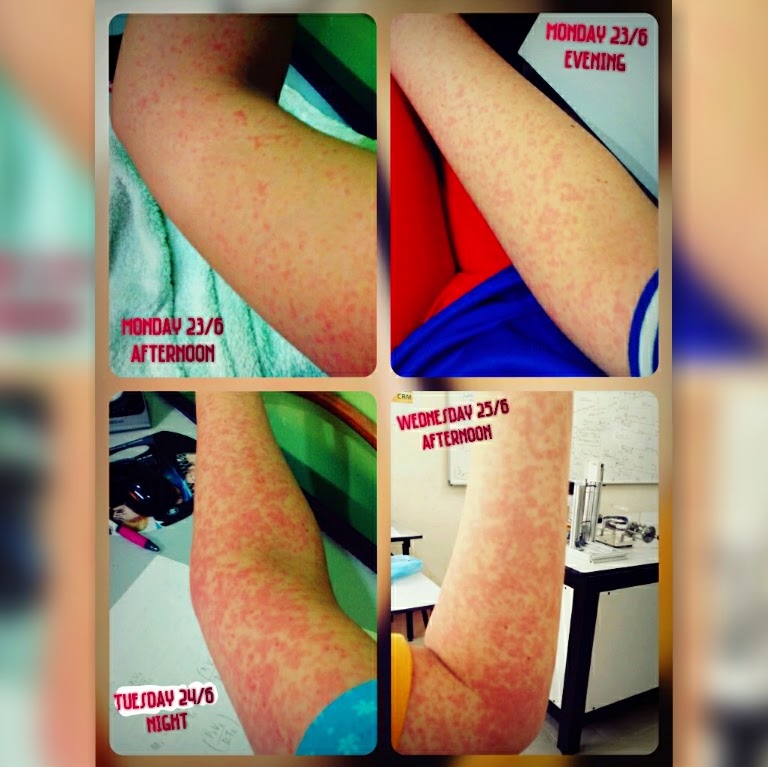 I had to rush to the university the next morning for a lab experiment looking like a lobster. Everyone stared. It wasn't a good feeling. My skin only got worse, the itch was unbearable. That very same day, I was rushed and admitted to Sime Darby Medical Centre, Subang Jaya.

I was trapped in the hospital for 4 nights. Waking up to steroid jabs, steroid pills and all sorts of antihistamine pills every morning and also taking even more antihistamines and sleeping pills before bed. All I wanted to do was get out of there. All that aside, only the steroids were working. My rashes were slightly less visible. But they would come right back out as soon as the steroids wear off. The antihistamines on the other hand did not help very much with the itch. 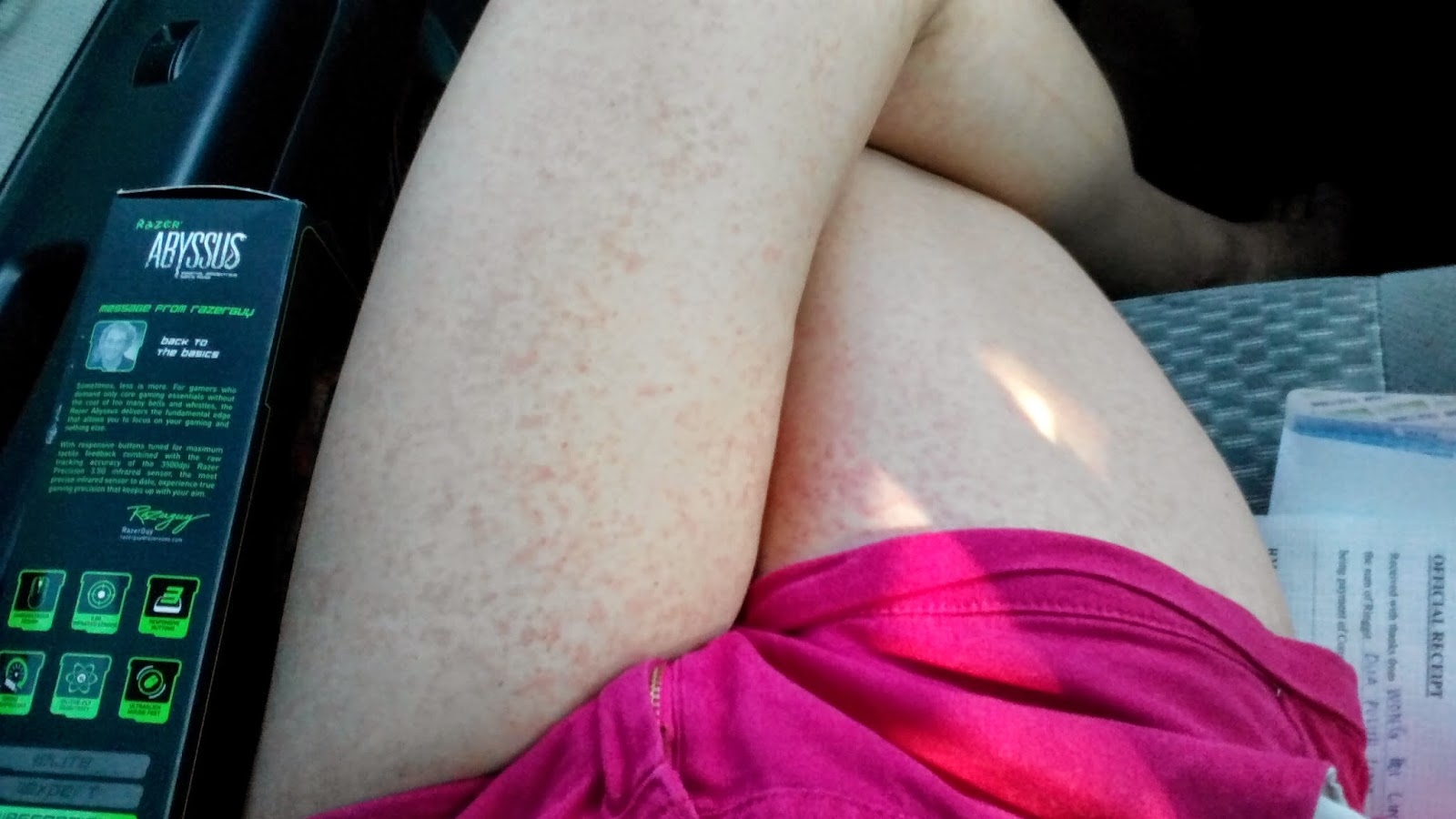 After all the crying, pleading and begging the doctor to grant me permission to be discharged immediately because I was having a test the next day, he finally but reluctantly agreed.

After my test, I came back to SDMC. The doctor told me it was an adverse drug reaction (ADR) and my in my case that is, was the early pre-developed stage of Steven Johnsons Syndrome. I was confused because I had never heard of SJS. He elaborated on and told me that if I were to come to the ER a week later, my life would not have been spared. It is a fatal skin disease.