I was at the 29th SEA Games last Saturday and I made a vlog! Hehehe 😍 Its closing to the end of the semester in uni already. I already had enough to juggle on my plate, all I wanted was a simple relaxing day gulping down street food and not worrying about my work. However, living so close to the stadium where the event was going on only made things worse. The traffic wasn't great and there were many road closures. So, we drove to BK 5 just to take the LRT to Bukil Jalil 🚈 Guess what I saw when I was there... that 8excite banner in the photo above 📸👩🏻✌🏻 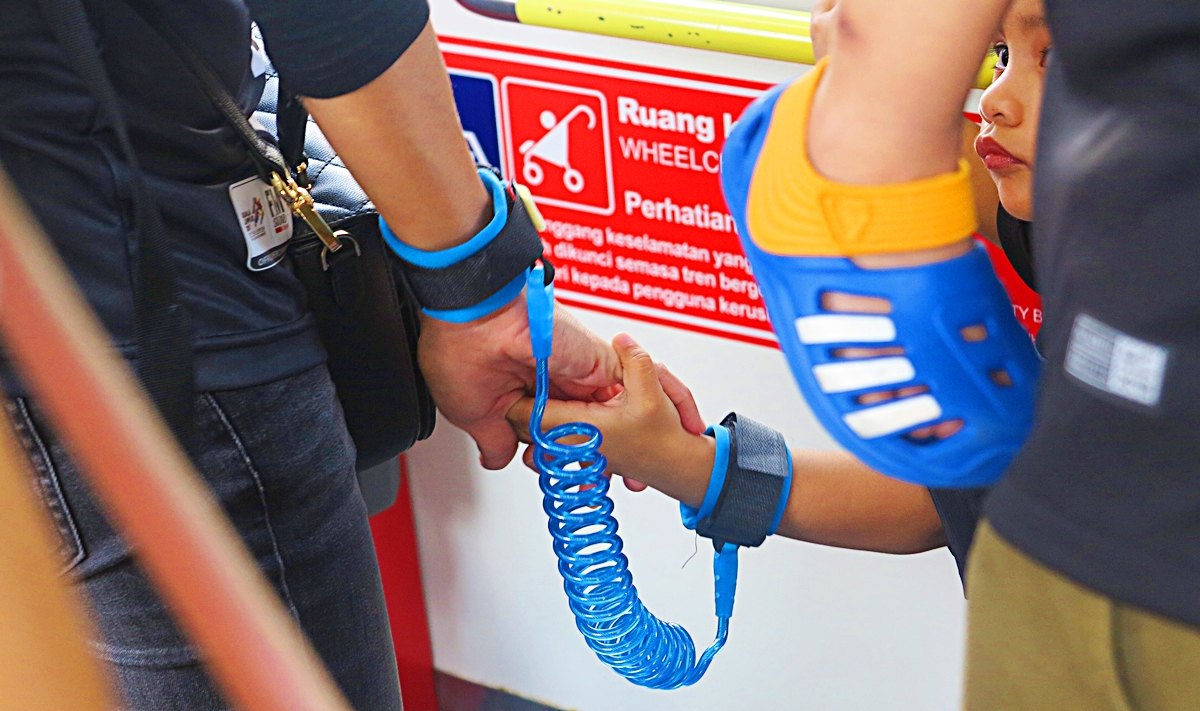 In packed events like these, its only natural to want to keep your loved ones close.
This was what I saw in the train on the way to the stadium. 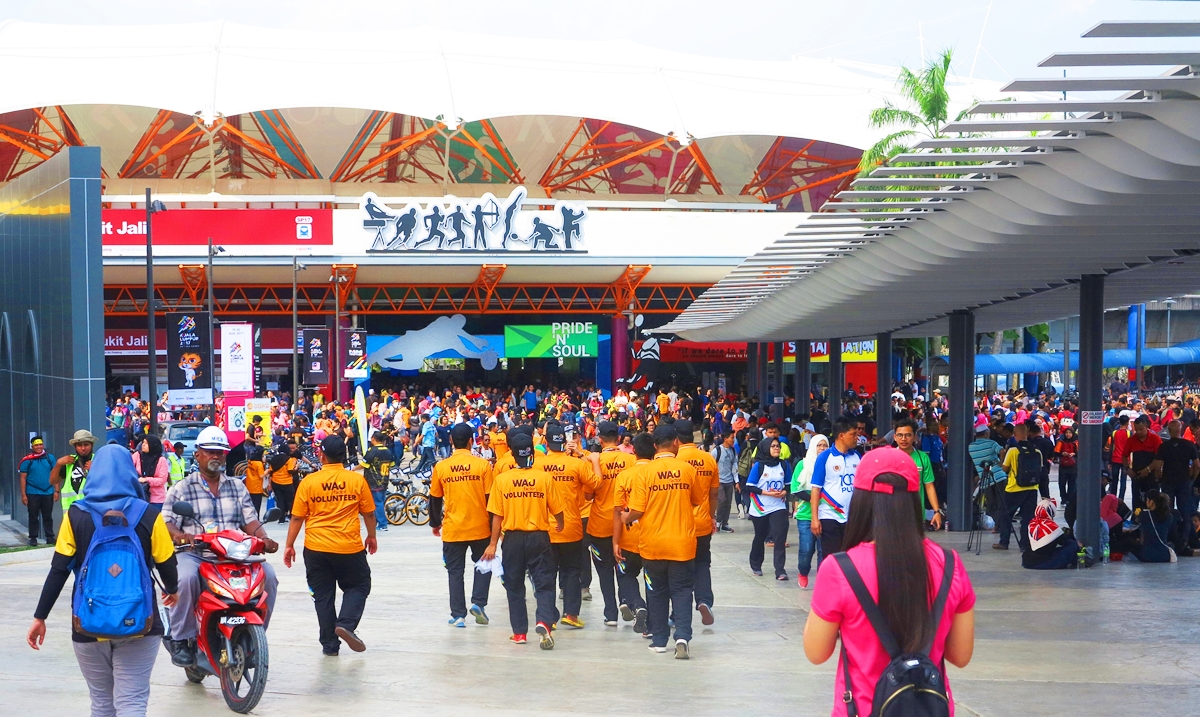 There were many people as well as food trucks lining up from the station to the stadium. 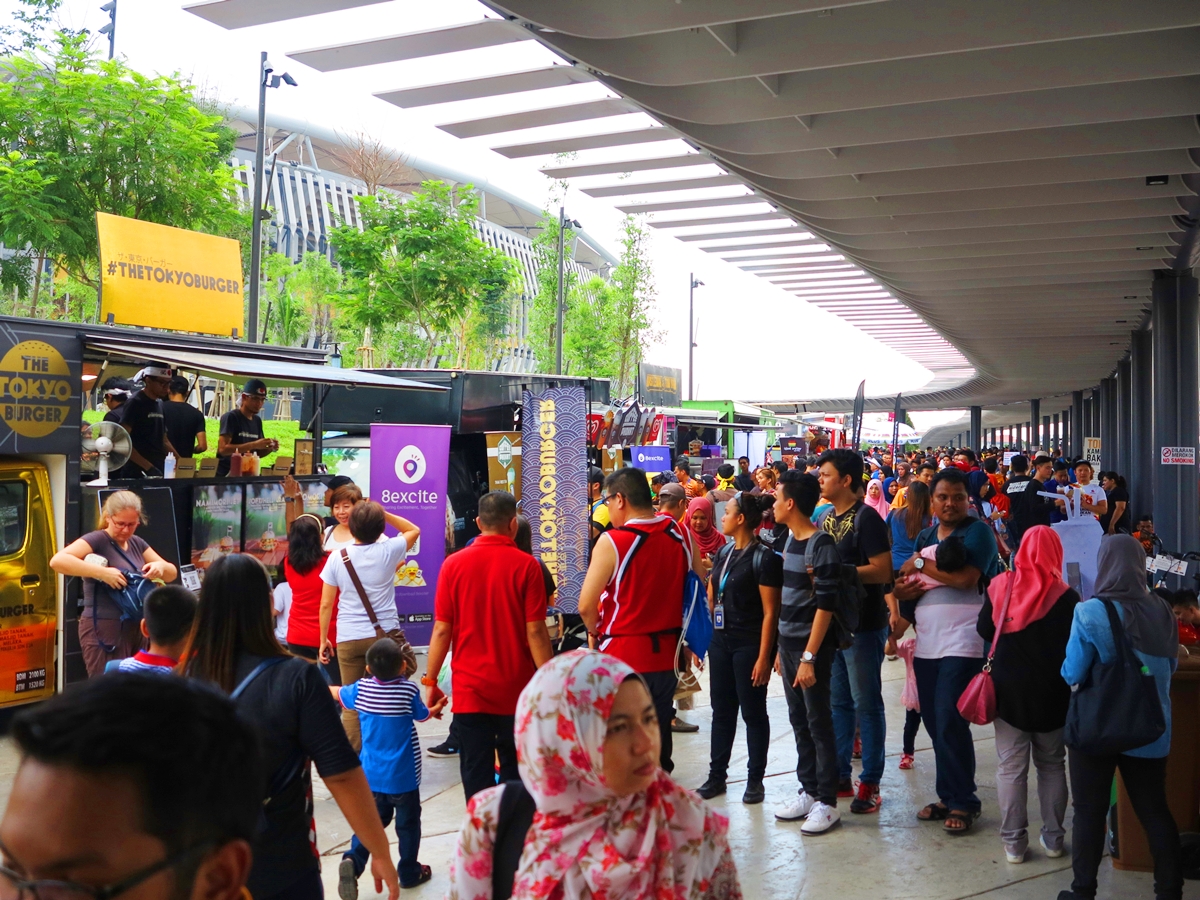 I really don't like being in crowded place but you know what, I can tell my grandchildren some crazy old stories 50 years later during the 79th SEA Games 🤣 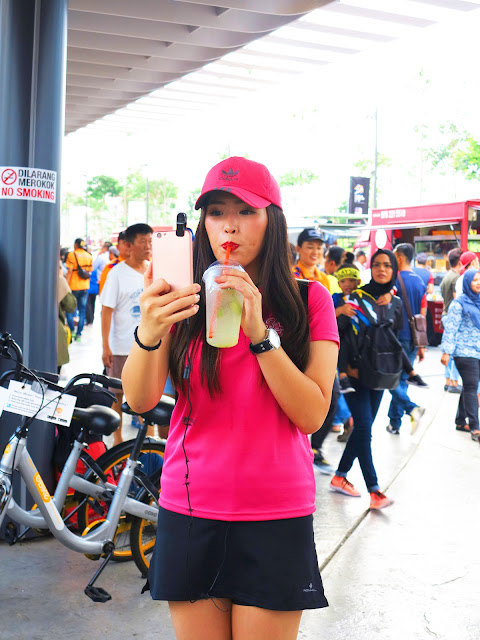 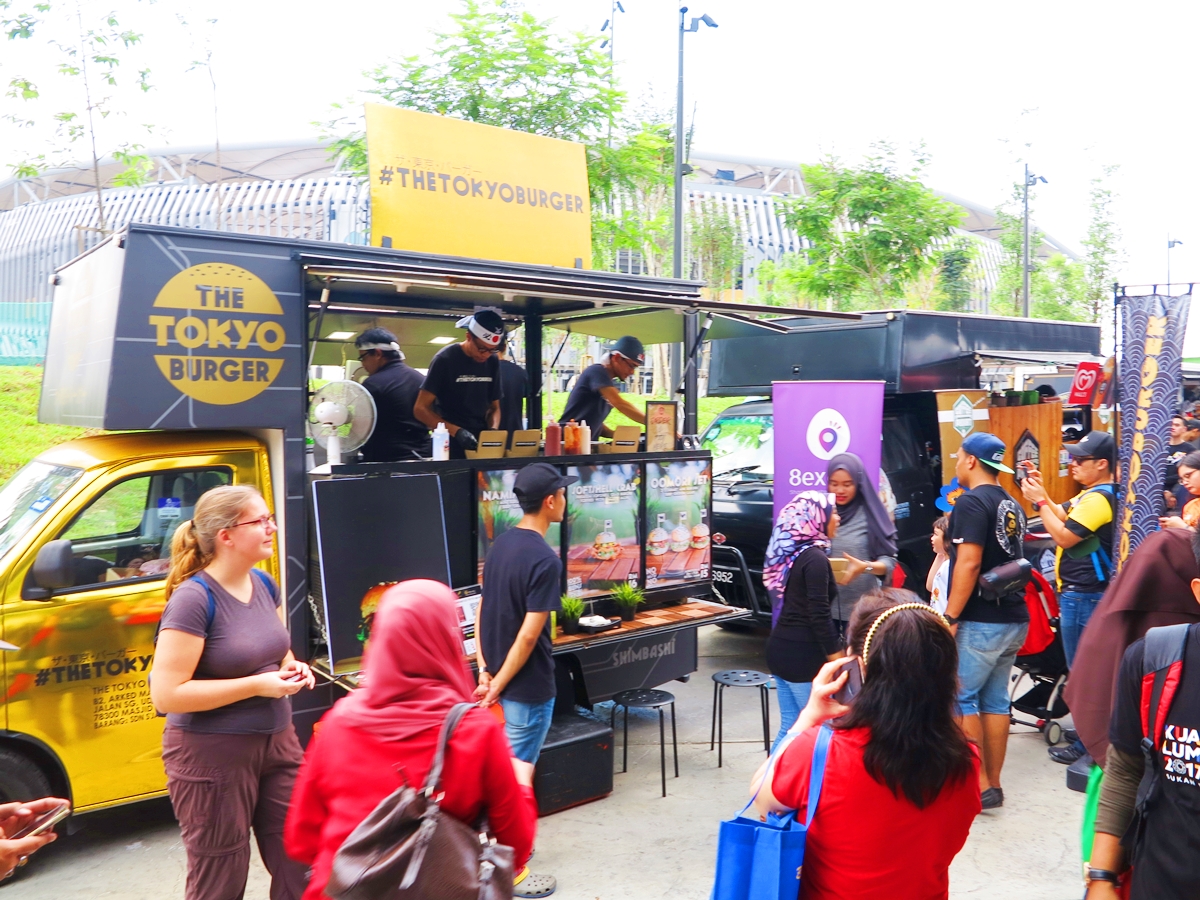 Do you see something purple? 💜 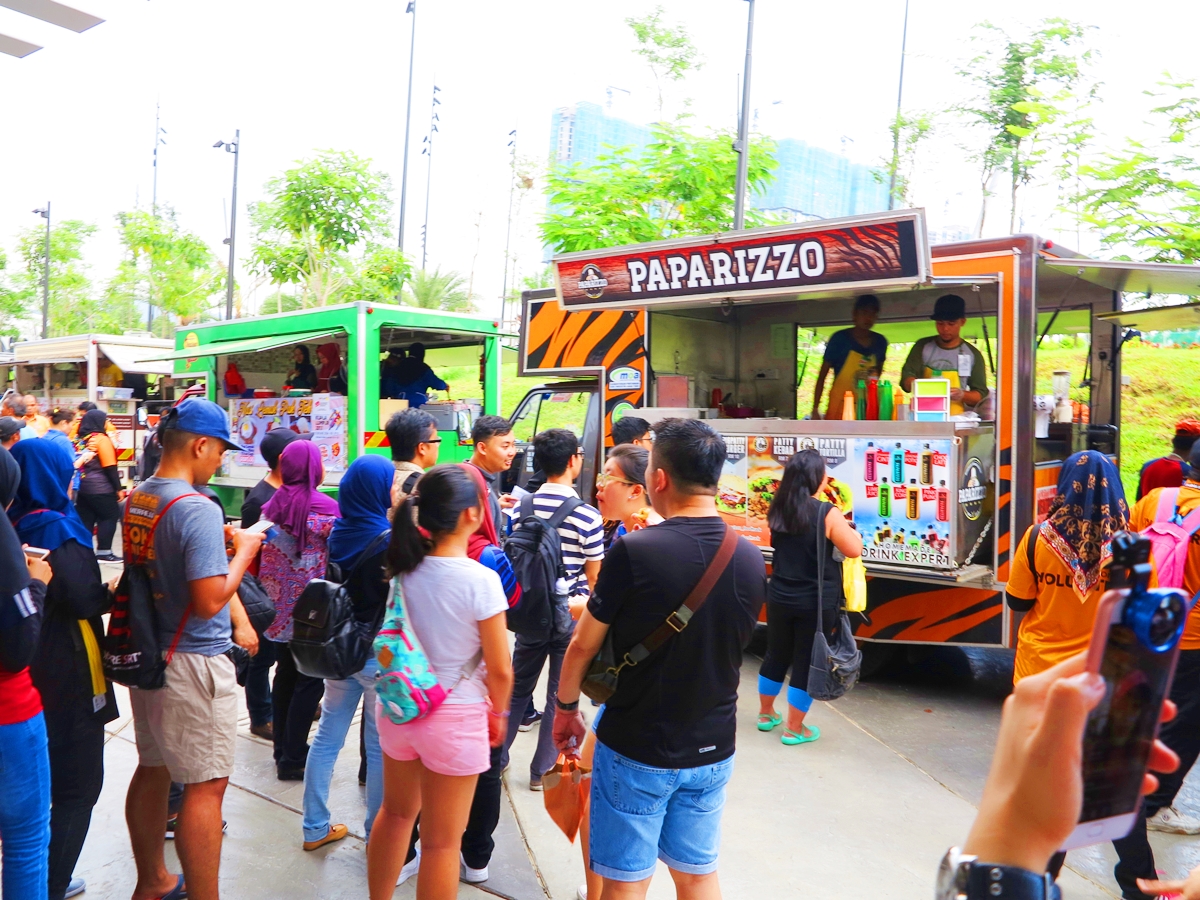 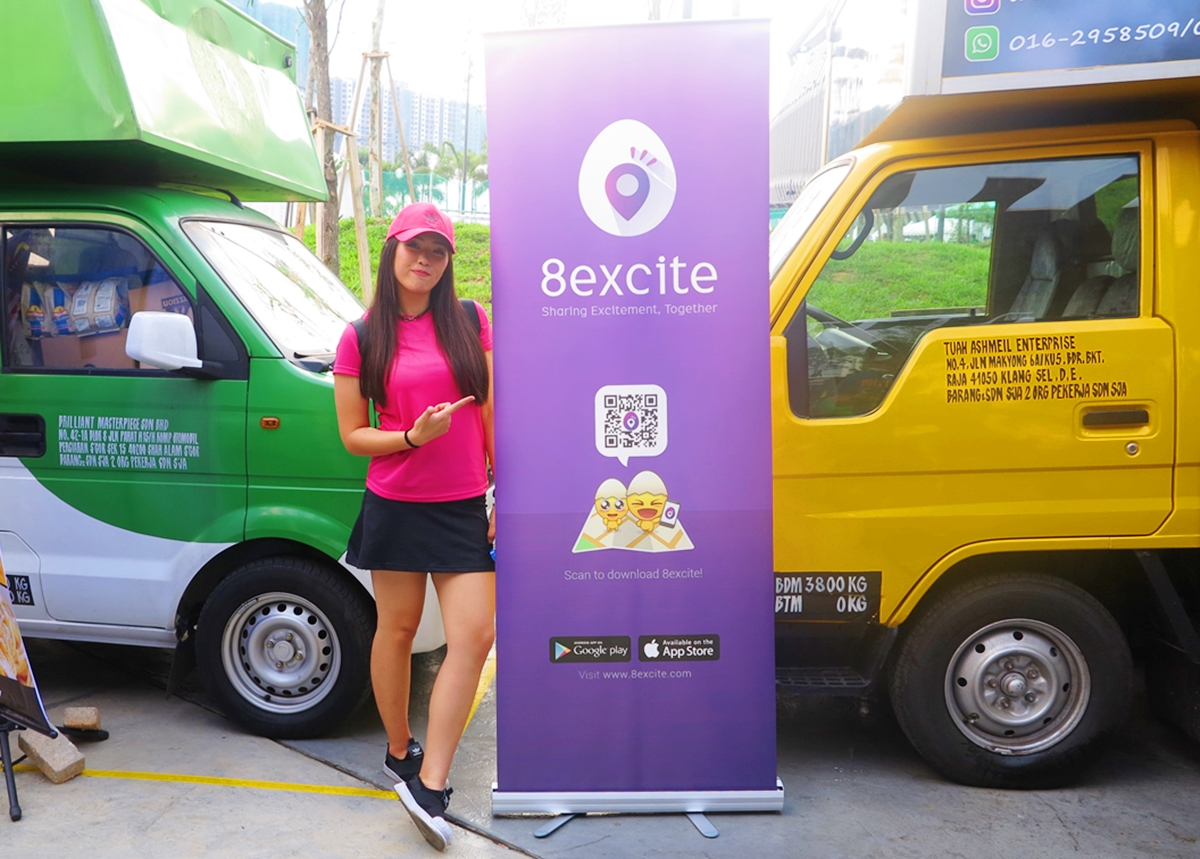 Check it out! Its 8excite appearing among the foodtruckers.

So if you watched my video, you would've noticed that I talked to one of the 8excite promoters. I saw the banner and just had to ask him what was he doing there. It turns out that you can fine most of the foodtruckers on the app, that very day. The price of what 8excite was offering that day was cheaper than the price of buying food from the foodtruckers themselves 💰

So, why buy from the truck when you get to purchase it on the app for a way cheaper price, right? 😜 However, I not only did not pull out any money from my purse, I did not spend even a single cent that day at all 💸 Hehehehehe. You know why? That's because I got a lot of excite points from sharing my referral code to my friends, family and readers! Therefore, all I did was used my points to feed myself hehehehe 💛💚💙💜 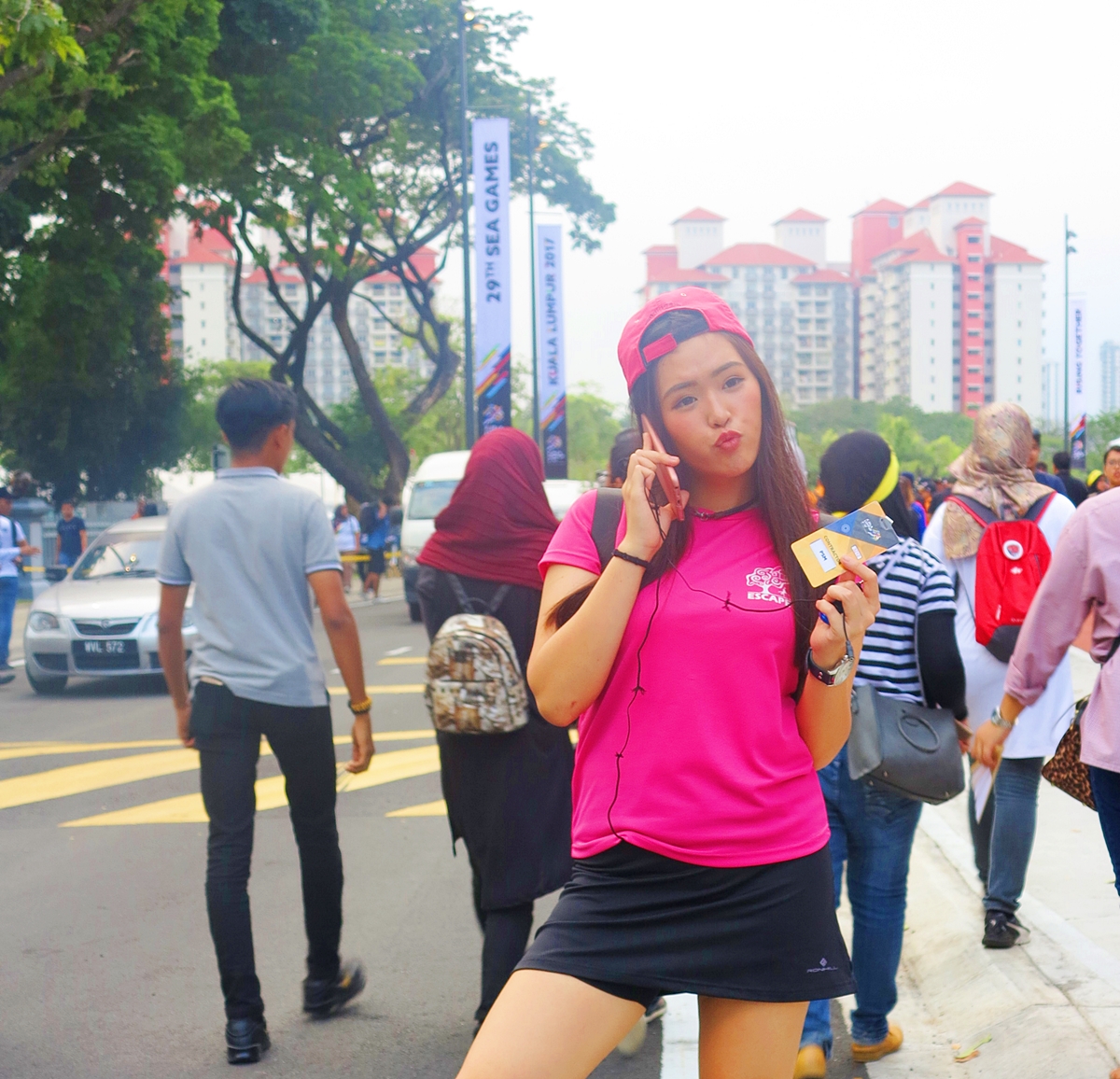 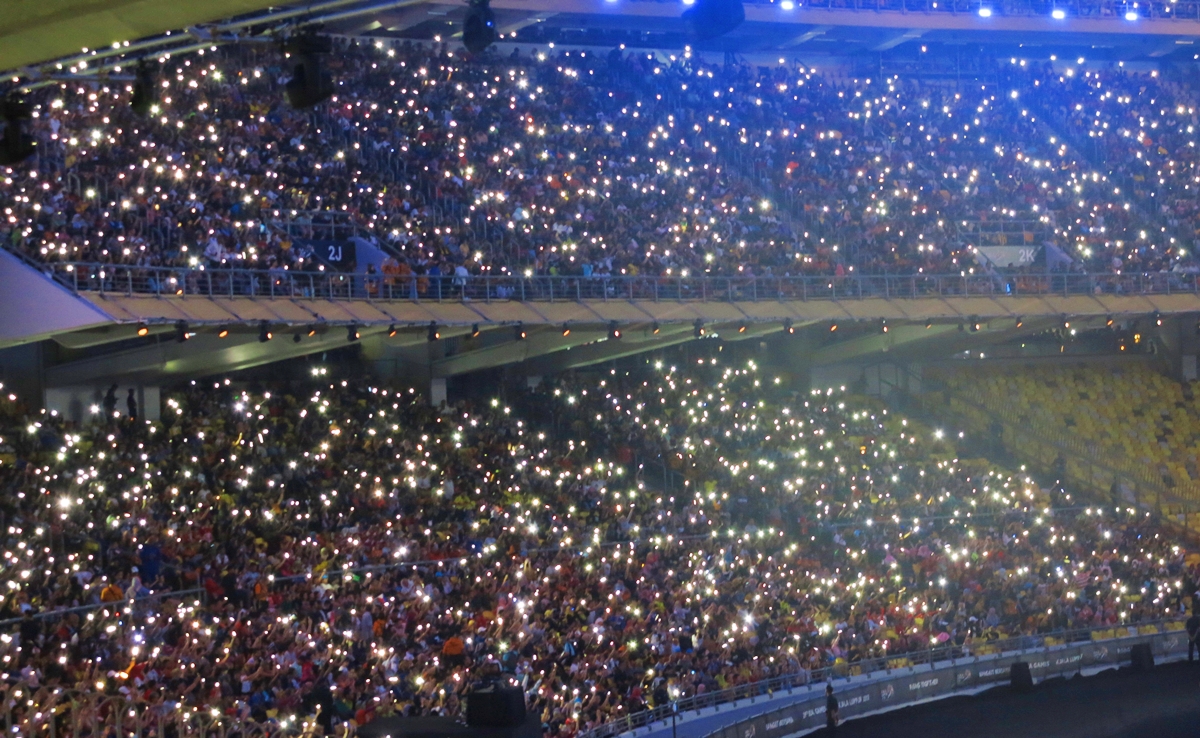 It was a long, hot and tiring journey into the stadium but I guess it was worth it? Hahaha. We had to sway through the crowd, have sweaty bodies rub against your arms as you pass, breathe nearby people's exhaled air, sweat buckets through our pits, getting soaked under the rain and getting stopped by the guards before entering the stadium. We were there and it was still hot, crowded and lack of ventilation 😷😤

But the people around were very enthusiastic about... well practically everything. They were literally yelling and whoo-ing their lungs out at everything! 💖 The stadium was lit though! Here are some photos! 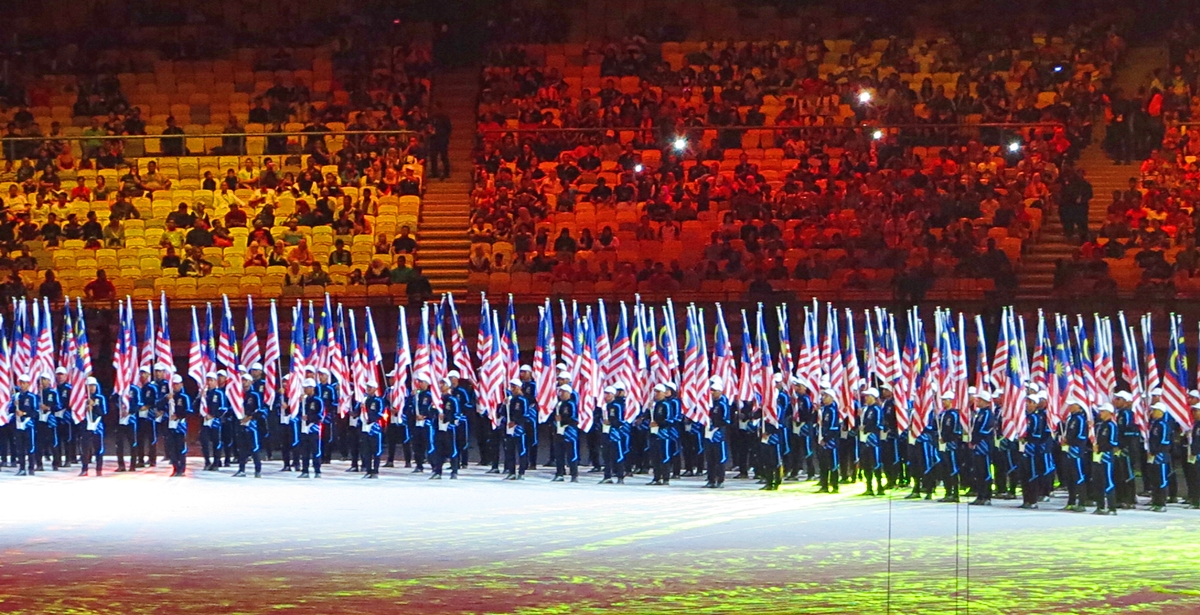 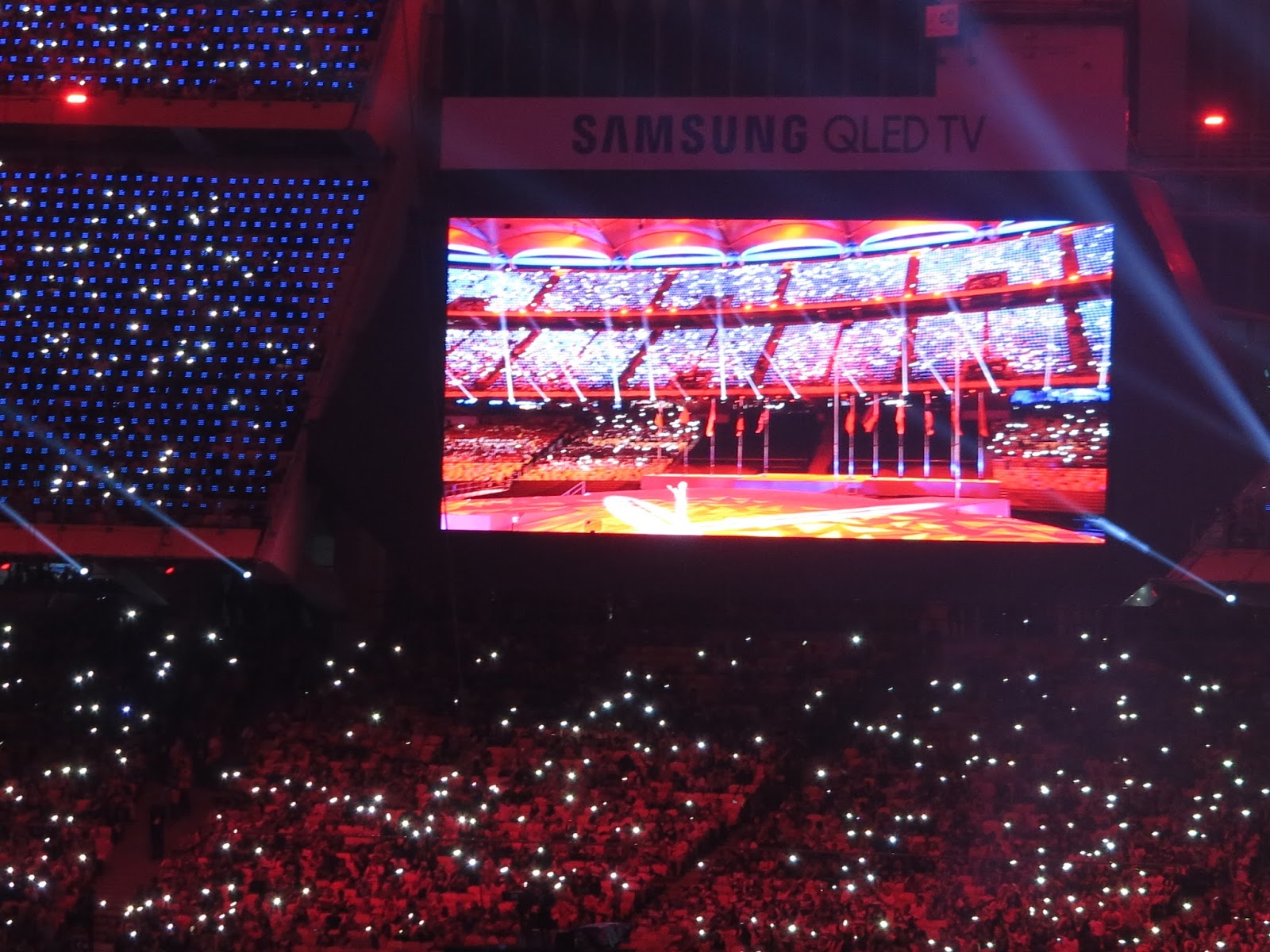 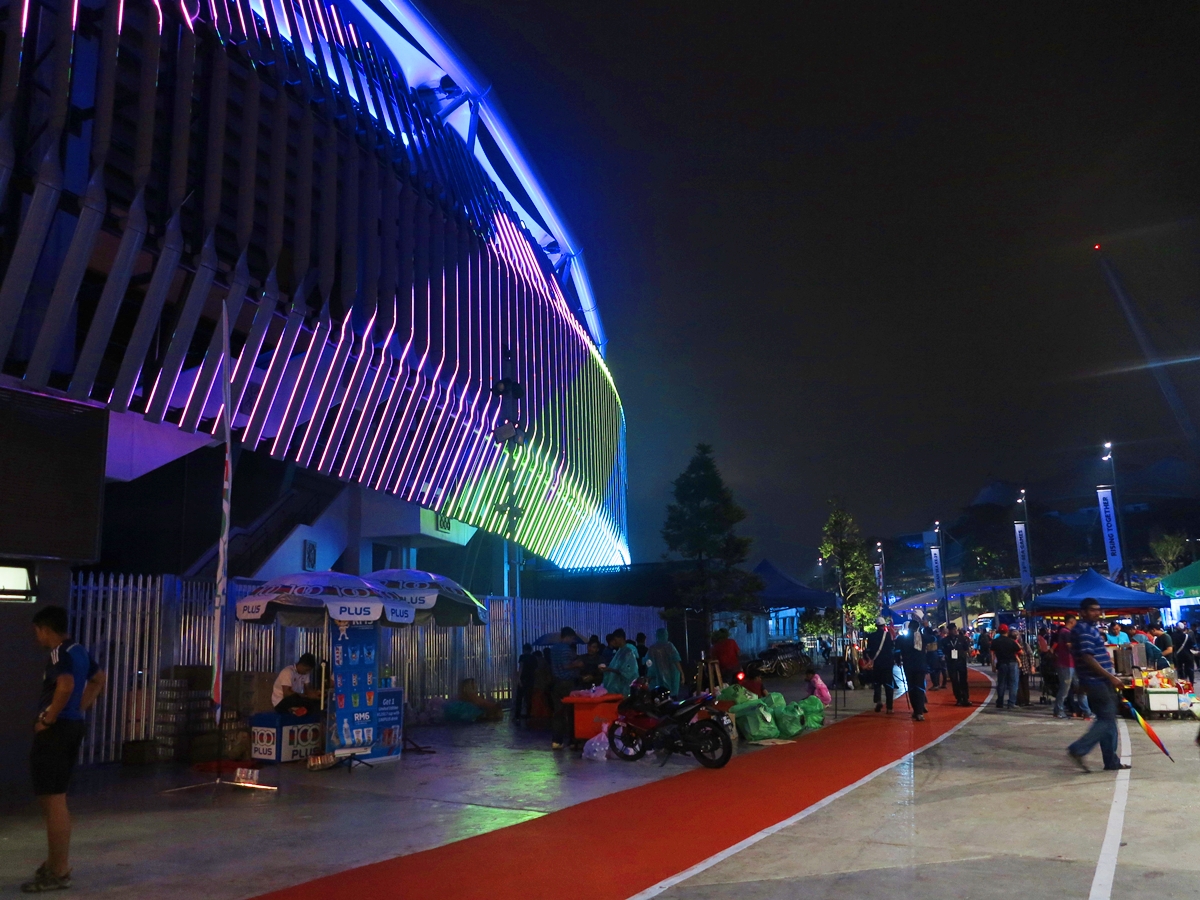 The stadium was also glowing on the outside! 💖 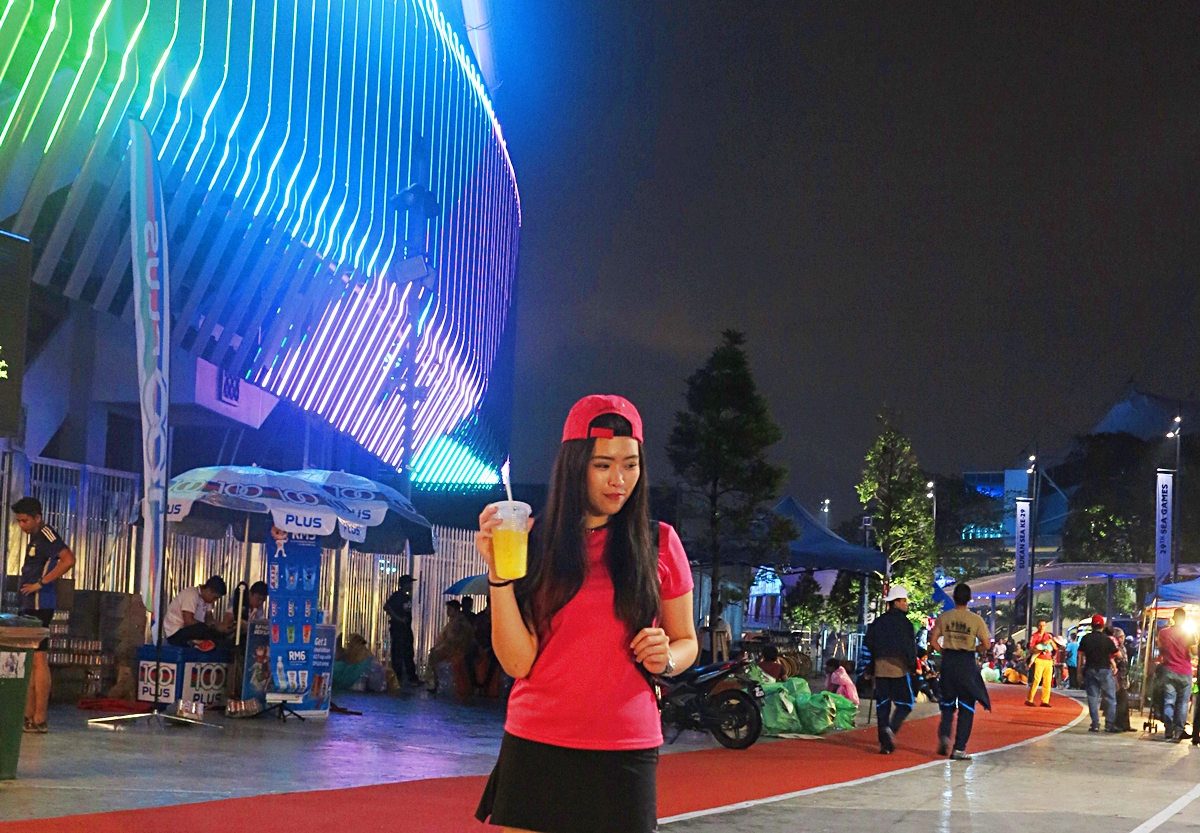 Can you see the shine on my face?! That's natural oil seeping through my thick makeup 💁🏻 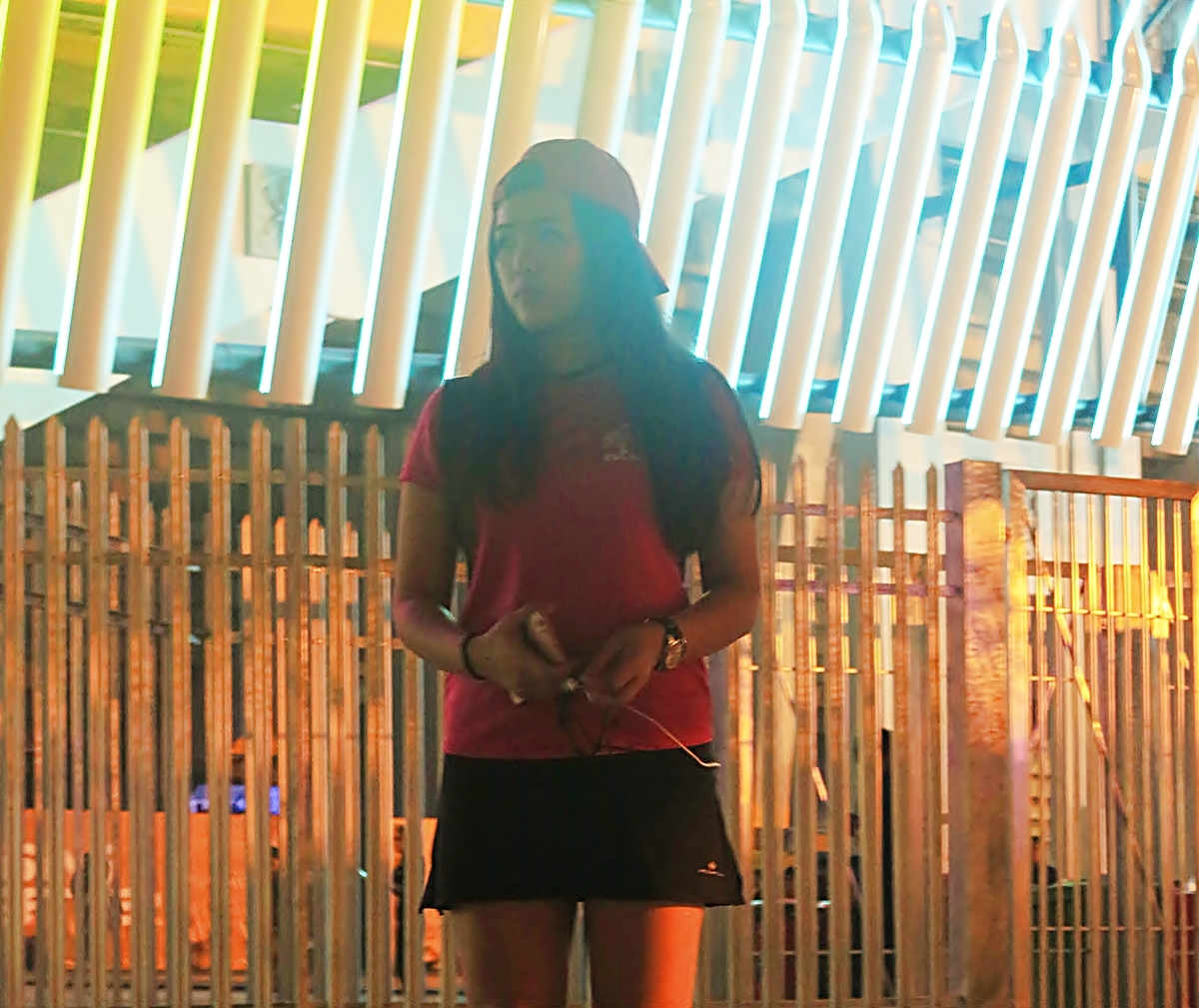 The only thing I regret was not staying longer for the fireworks 😖 I love fireworks. But luckily, Euwern managed to take a video of the pretty illuminations while driving on her way home from KL! It was truly magnificent! After the event, my buddy even felt... very patriotic hahaha. I guess that's what these events do to you. Well, anyway, we're only there for the opening ceremony.

Anyway, so as I was scrolling 8excite after that day at the SEA Games, I saw a new banner on their app! I noticed that their latest news are always on the top of the first page 😍 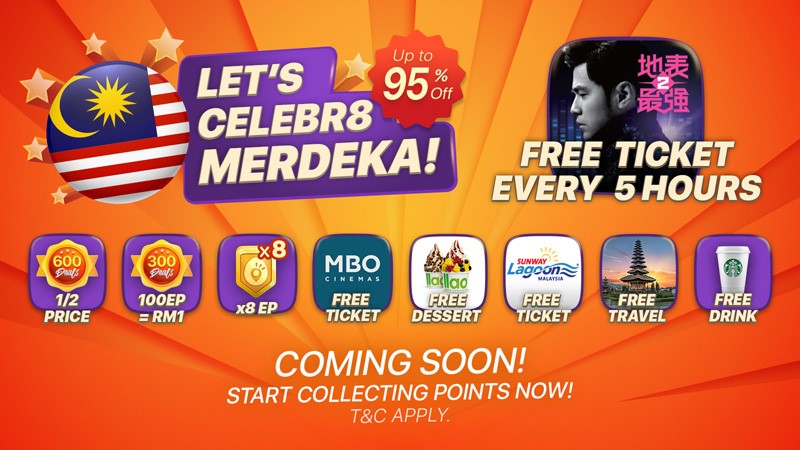 If you guys have any questions about the app you leave a comment down below and I'll get right to it. Or if you guys need instant assistance, you can click the 'Live Chat' icon on the top left corner of the app. 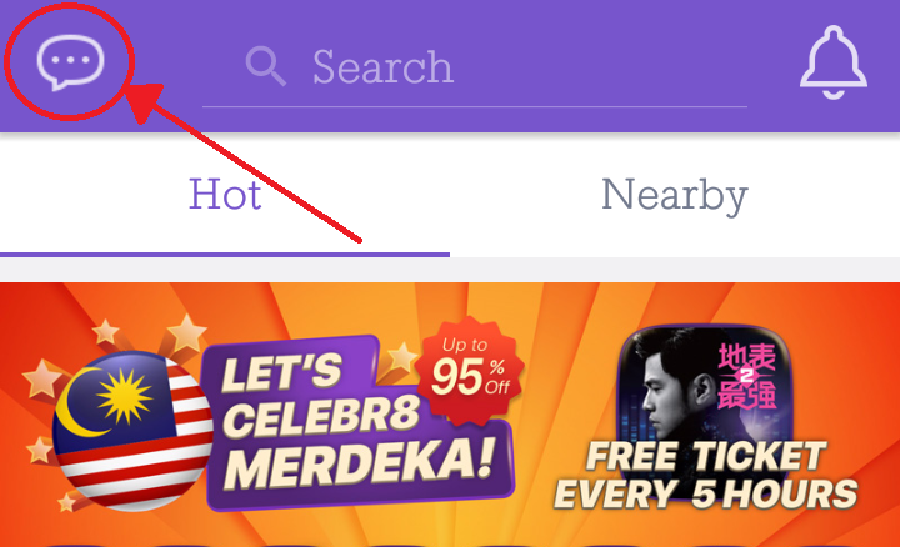 Visit their website for more crazy deals and download the app to join me on the fun. I'll definitely be waiting for the 300 x RM1 deals at 11:59pm on the 30th of August (cos the last time everything sold out so fast omg).

That's all from me today! Bye!

Doctor said it can either be caused by bacteria or might be a friend that passed it to me.
Now i have two packets of tablets to take, a bottle of 眼药水 and an eye cream.
So i'm glad i went to see the doctor :P

Saturday, May 21, 2016
Hello beauties!
I said I'll be back in May, didn't I? But I also said I'd be back after my finals, which turned out to be a lie because as I am writing this, I still have to sit for the last paper of my semester in the coming days.

Wednesday, March 23, 2011
Finally, i got the pictures! Muahahah! So I'll start from Friday.
FRIDAY . 18 MAC  Same old routine. Went to tuition at 6.30pm. But with a different bag. Two very important things happened that night. Both embarrassing and scary. Okay! Let's continue. I brought a big bag, all filled with my clothes. Cause i was gonna sleepover @ Teng's place. I thought bringing my pencil box to tuition will only make my bag heavier. So  I just put a pen into the pocket of my bag.
Here comes the embarrassing part!
I wanted to take my pen out. So i slipped my hand into my bag pocket without looking. I just kept digging and digging. Then  felt something long and hard. I thought it was my pen cause it sure felt like one. Once i took it out. IT WAS MY TOOTHBRUSH!! zomg wtf! Luckily no one saw what happened. So embarrassing wooi!
Went to Teng's place after tuition. We walked out in the middle of the night to buy some bread, tuna, junk food etc. for our trip the next day. We had and encounter…
9 comments
click here to continue reading

Thursday, June 15, 2017
Hola to all ma money-saving homies out there! It's been a while since I last talked about my crazy aunty ways of living life. If you guys are here long enough, you'd know that all my stuffs are either given to me by relatives, friends or bought from fleas or are preloved. I do splurge once in a while, but only if I find that item very worth its value or that its a super cheap deal (meaning the original price is waaaaaaay higher, my forte is about at least 40-50% hahaha). You know why? Cos I am cultured to be an aunty since a very young age. I'm sure there are many of you out there as well. Let's call us, young aunties.
It's 8excite!
Before I go on any further, you should totes download the app on your phone. The app is basically a platform that offers crazy deals on things such as food, beauty and wellness, leisure and travelling, shopping and more. So, this post goes out to all my young aunties out there! The app and website are also all categorized neatly for ea…
8 comments
click here to continue reading

Tuesday, April 25, 2017
Hello there, beautiful creatures of the earth!For most of you who did not know, I am not religious. To add on to that, I am also very shallow in knowledge when it comes to religions. I consider myself an atheist not because I do not want to believe in any gods, but because I can't seem to do so. That being said, if one day I do feel the presence of a higher being, I wouldn't deny it or reject the fact that there is an existence of it. But as of now, this is all I have. The title may seen a little misleading as this wasn't my actual FIRST time at church. But anyway, the last time I step foot into a church was 6 years ago. So, I guess we'll just leave it at that.
In my entire life, I have been to 3 churches. And through every visit, all I felt was skeptical, a little uncomfortable and very curious. Mostly due to the fact that I only went because that Christian friend of mine asked me to. I have to admit, I wasn't very fond of the idea back then. The first church I wen…
14 comments
click here to continue reading

Sunday, February 21, 2016
Hello 2016 and hello earthlings!  Valentine's day just blew past and soon Chinese New Year will be coming to an end. Before you know it, the first 2 months of the year have disappeared! NOO! Time, can you please take a chill pill? I have so much to talk and rant about, I can't contain myself like wtf.
In the beginning of the year, I went to Port Dickson with #themonsters9x. Every time we go out for trips, we would take heap loads of photos. But these days, nobody dedicates a whole album on Facebook to your trip lo. So, all you are left with are photos and memories in your hard disk waiting for you to look back at it one day and go 'AWWWW'. So ah, where else am I allowed to spam photos without being judged other than my blog, right?

Tuesday, October 30, 2012
Hello! It's been a while! I am a very busy girl, involuntarily of course. Apparently my schedule is always flushed with books, reports and tests. I have tests almost every weekend, consecutively until the end of my trimester. And then comes the next semester and guess what? It starts all over again! How wonderful, no? *hehe
But honestly, you really can't blame me. UTAR have this strict policy of getting a 100% success rate on making their students suffer and they also restrict their students from having a social life. Or maybe even to be a lil more precise, a LIFE. I'm lucky to even be here right now! *blessed :P
Here's my face so you won't get bored! Or forget how I look like!  Which ever comes first. Haha
Speaking of which, I have these two guy friends that calls me 'Daily Basis'. Just because I upload pictures of myself on a daily basis. Priceless. Haha. *You know who you are. But all jokes aside, I do think that I do that too frequently. I shall do my…
9 comments
click here to continue reading

Saturday, July 15, 2017
Hey! So, here's a post that's long overdue... After long contemplation, I have finally decided how I should blog about my half-month trip to Tokyo, Japan. But before I go on any further, I'd like you guys to make yourself comfortable and maybe go brew yourself a nice hot cup of Joe before starting on this. I'd like to point out that I am indeed very proud of myself for still insisting on writing this out even though I'm pretty sure I've forgotten most of the details. But, I'll do my best!
Well guys, hold on to your hats. This is gonna be a lengthy post! We spent over RM700 per person just on transport alone!
Anyway, so here's my proposition on blogging about my trip to Japan. In this post, I will be writing mainly about my experience during the study tour programme in Soka University. Because in anyway, this is the main reason why I get to see and experience Japan in a completely different perspective and also get to go to so many different places while…
10 comments
click here to continue reading